Booking for 3 days, you get a free shuttle*

Free child (up to 3 years old) accommodation with their parents 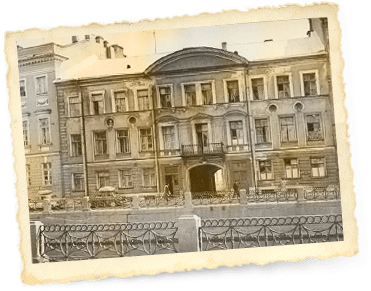 The Pushka Inn Hotel occupies No. 14 Moyka Embankment referred to as Pushchin's House.

From the late XVIII century, three generations of the Pushchins owned that private residence for almost one hundred years. The Pushchins were an old noble family originating as long ago as in the XV century.

Last bright representative of the famous family, Ivan Pushchin, was known as the closest friend of the great Russian poet Alexander Pushkin.

Alexander Pushkin carried the memory of the children's and youths' friendship with him for the rest of his life. In the exile, he wrote some beautiful and poignant lines and dedicated them to Ivan Pushchin: 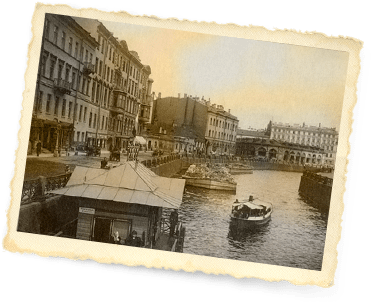 «My precious friend, my friend forever!
And I have thanked my own stars
When lonely and snowbound yard
Of my secluded poor shelter
Was made alive by your sleigh-bell.»

«Fantastic hotel»
Great three night stay over New Year. Comfy rooms and very friendly, helpful staff. Highly recommended. Close to all the main tourist sites. Made a great restaurant recommendation. Breakfast ample and tart.
«Excellent stay in St Petersburg»
Had a wonderful stay at Pushka Inn in St Petersburg. The location is excellent and the staff were very friendly and helpful. We had a lovely three days during the new year. It was our first visit to Russia and we will be going again. Heritage museum was worth seeing. I couldnt believe that the euver and canals were completely frozen. A sight to see
«Really wonderful»
This was our first visit to St. Petersburg and we could not have felt more welcome. Really the hotel and its lovely staff meet every need. I would also suggest that the hotel is the perfect size -- big enough to offer the necessary amenities and small enough such that it seems that everybody knows who you are and seeks to anticipate your needs. If that weren't enough, the location is ideal. The Winter Palace/Hermitage is literally around the corner. Say here and have no worries. We felt a little unsure of ourselves visiting Russia because we didn't know what to expect, but I cannot overstate our appreciation for the staff which held our hand every step of the way.
«Excellent location!»
The staff was great and very helpful! They gave us a lot of good information and made our stay very nice! Their restaurant recommendations were fantastic and ate some very amazing meals thanks to them. We really liked our room and enjoyed the big bed and space that we had. The bed was so comfortable and the room so big, it felt very luxurious. The location was the best part as it was right by the Hermitage and the Winter Palace, only a five minute walk away. You can walk everywhere from this hotel, we never once took a cab or the metro. Unfortunately, we did not really like the breakfast at all, not sure why just didn't. Thankfully there were other places close by to grab a quick bite to eat. It was perfect for a weekend and I would definitely stay here again!
Recommended on

We use cookies to improve the way you interact with our website. By continuing to view this page, you are agreeing to use cookies. Learn more about our "Cookies Policy".
We use marketing cookies if you have given permission for this. If you do not give permission, advertisements will still be shown, but these are random advertisements. You can make your choice below.